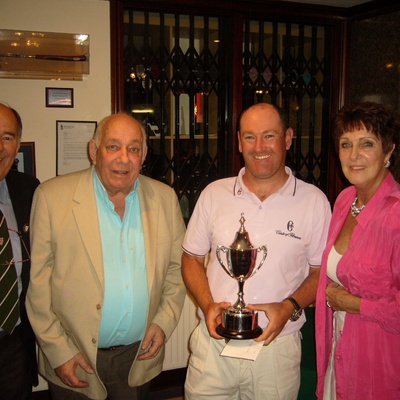 The inaugural Dorset Open got under way with the Sun shining brightly, the event which includes the Hillamsland Trophy was opened up to Dorset Professionals and with a field of 72 including Ben Welch Remedy Oak, Mark Wiggett Dudsbury, Lee James Broadstone and the Weymouth pair Mike Watson and John Bevin along with the top amateurs from around the country the day was set for some great golf.  The first round scores proved interesting with the honours being shared by both professional and amateur with Ryan Newman Brookman’s Park leading the way with a two under 69 followed by Mark Wiggett and Lee James also on 69, they were closely followed by ex County player Matt Walker on his professional début with a 70 along with Ben Welch.  Jon Welch, David Cook and Kevin Robinson followed on 72 keeping up the amateur pressure.  After lunch the scene was set for a tight finish and the golf proved to be even better than the morning round, first in was Adrian Harris Parkstone with 69 which left him rueing the lost ball on seventeen in his first round. Ben Welch followed him in with a one over 72 leaving both at the top on 142.  The best afternoon rounds came from Tom Wade Waterlooville and the newly reinstated amateur Tom Peacock Parkstone who both came home in 68.  Tom then took the lead on a one under total of 141 equal with Mark Wiggett with 72.  Lee Cameron Wentworth had 69 for a 143 total.  In the last but one group was Lee James so we sat waiting to see if he was going to turn his morning lead into the win and he did coming home with a level 71 and a total of 140 two under total taking e inaugural Dorset Open title, Tom Peacock took the Hillamsland Trophy in second place 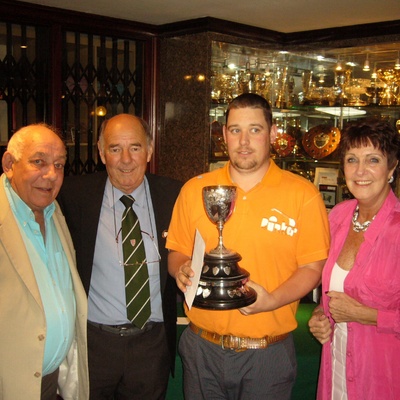 overall as the top Amateur thus making a solid start back in his amateur career.    Finally our thanks to all at Dudsbury Golf club who made this event such a success, especially David and Beate on allowing the event to continue to be played on the course and for their support in presenting the prizes at the end.