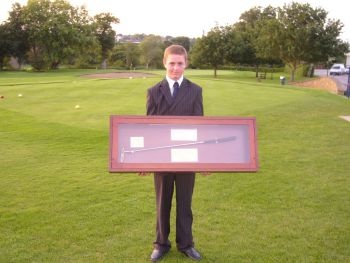 On the morning of the first day with the rain coming down lightly and the course at Sherborne presented to the players in excellent condition this year’s event got under way.  With no defending champion in the field a new name would be on the trophy at the end.  Unfortunately the rain started to lash as we got further into the round, and the greens were starting to hold water but thanks to the herculean efforts of both the green staff and members we got the round finished.  Best in the morning was a 73 from Callum Brown Upavon, Ryan Cardwell Long Sutton and Sam Sullivan Woodspring with Max Orrin on 74. The second round got under way and the rain came down even heavier, sadly we had to suspend play in the second round as the greens became unplayable and no matter how much effort the water levels were beating us.

The committee made the decision given the time and conditions and with more heavy rain falling that the second round was to be abandoned and there would be no cut on the second day so all players would play 54 holes for the championship.   So as I arrived at Yeovil at 06:30 am the next morning with the rain still coming down and the eighteenth green under water my thoughts of getting 36 holes played were somewhat subdued, we delayed play for 90 minutes to give the staff a chance to work on the greens aswe  saw the rain stop and brightness could be seen to becoming through.  Great credit goes to the green staff for getting the course playable, and so the third round got under way.  The boys took full advantage of the conditions and scoring was good, Ben Taylor led the way with 69 giving him a 144 total, Max Orrin also had a 69 and took the 36 hole lead on 143.  The best morning round went to David Blick with a 66.

For third round scores

For the 36 hole totals

Things were tight at the top as the sun shone brightly for the final round and from umbrellas to keep off the rain they were now being used as sunshades.  Competition for the title was now on as the fourth and final round got under way with only 4 shots separating 10 players.  Ben was home first with a level 71 for a 215 total to set the pace, Sam Edwards had a 67 212 total to push Ben off the top and this did not last long as David Blick also had 67 for a 212 and the possibility of a play off was on the cards.  These two now had to wait to see what the others could do Callum Brown slipped off the pace and as Max teed off the eighteenth he must have thought his chances had gone as he flirted Max Orrinwith the out of bounds down the left fortunately he was okay and he then went onto sink a great par saving putt on the final green to record a 68 and a 211 total to take the South England Boys Title and the Tony Jacklin Putter. 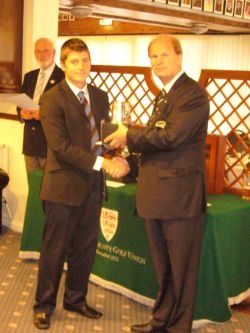 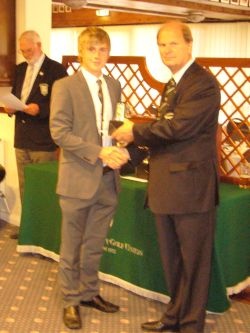 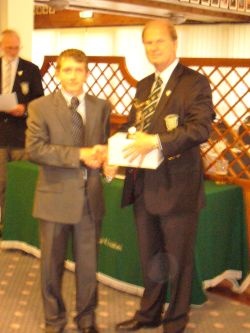 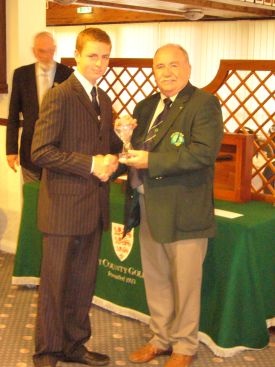