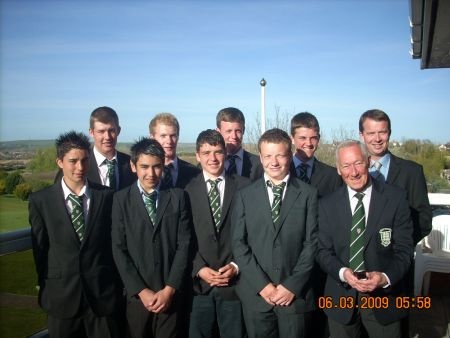 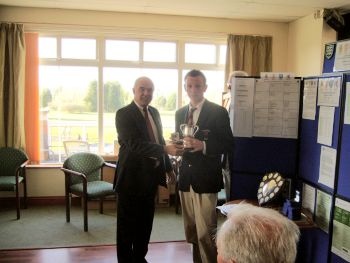 With the sun shining and the Weymouth Course looking splendid the 2009 Four Counties Billy DowningChampionship got under way.  Dorset were hosting the event and had high hopes of retaining the Stroke play trophies held over previous years, but it was not to be as we came up against a very talented Cornish side who in the end won both the individual and team shield for the stroke play event.

Not to worry we still had the match play phase to go for but taking on Cornwall that afternoon was no easy task and with the Cornish tale up we ran out on the losing 5-2. Conor Wilson  Sadly that was to be the story the next day as we lost to both Somerset and Devon.  There was some positives with young Jake Broughton being the star of the week winning all his matches and shooting a 73 in the stroke play with an 8 on his card along with young local lad Robbie Mabb who also proved a tough cookie to beat in the match play stage. 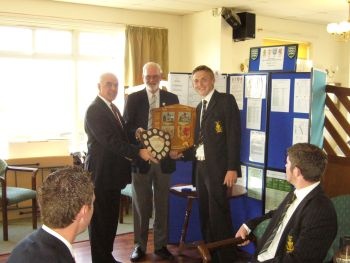 We must thank firstly Stuart Bainbridge the club Captain for his support to the event and for presenting the prizes along with the staff and members of Weymouth GC who welcomed us and made us all feel so at home on there course, which if this event is a bench mark will be in perfect condition for the County Championships in May.

Overall result history of the event