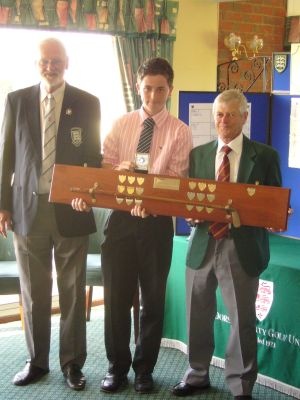 On a dry sunny day the 2009 Inter-club Cyril Nash Memorial Trophy competition got under way.   Only 10 clubs from within the County entered teams a sad reduction from last year (lets hope we can some how get more clubs to enter next year.) with a total of 54 youngsters competing for the Memorial Trophy.  There was some excellent play on a very well presented course and local lad Sam Allen set the pace with a very good 40 points followed closely by his team mate Elliott Baczala on 39.  The Knighton Heath team were doing well and just pipped the home side by 1 point to hold the team lead by 1 point in the early stages.   Then came home last year’s winners Dudsbury B, Liam McNamee came in with 41 points to take the lead, he was also assisted by team mates Harry Rickman 35 and Nick Billett on 37 for a 113 total to also hold the team lead.  Parkstone who entered at the last minute then started to come in with Nick Hector on 32 points followed in also on 32 by Mitchell Stewart, then came the score of the day from Tom Brooks Tom Brooks Parkstonewho amassed a staggering 48 points off 22 handicap and by a clear margin secured the individual prize and went some way to helping his team.  Both Dudsbury and Parkstone now needed there last players to come home to see who would pick up the team prize and with Luke for Dudsbury not having his best day with only 30 and Andrew for Parkstone having 33 the scores were tied on 113 so it went to the fourth player and Parkstone pipped it by two thus taking both the individual and team trophies. 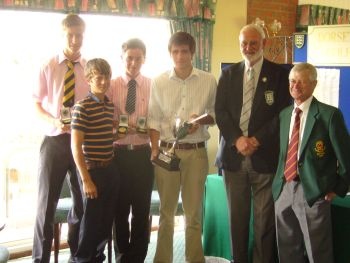 All the team results 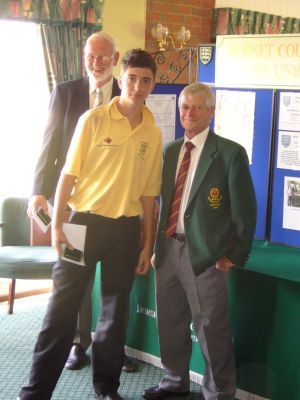 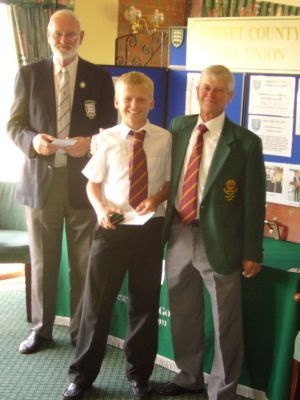 Dudsbury 'B' Team Runners Up 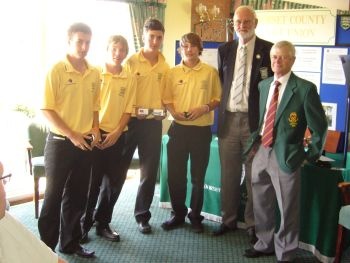