The Sussex Country Golf Union welcomed the Dorset  1st Team to the wonderful setting of East Sussex National Golf Club. The weather for the day ranged from thunder, rain, wind and even a brief of sun adding to the drama of the golf.

A fixture which has been played annually since the 70's between the County first team select and The Royal Navy was played at Rushmore Park on Sunday. It was a glorious, sunny day with some great golf and a good result for the Dorset men.

The foursomes, spearheaded by a Hector and Clark win, set the ball rolling nicely,followed up with an exceptional 7/6 win for Hannaford and Wood.

The afternoon singles resulted in 6 matches finishing on the 18th, the Royal Navy fought back to reduce the deficit, however Jay Coshan brought home a 6/5 victory to ensure the match went in Dorsets favour. We look forward to meeting the Navy team at Weymouth in 2009

Dorset played a strong Surrey side at Effingham Golf Club which was used last week as an Open Qualifying Course. Hence the greens were fast and treacherous and the rough extremely long and punishing.  The overall result was disappointing as through nine holes in both morning and afternoon we were up in more matches than Surrey. However Surrey consistently hit the quality shots when under pressure and we consistently hit poor shots putting ourselves under even more pressure. The players did try their best and nobody gave up battling until the very end but overall Surrey was the better side!

Ferndown Golf Club was at its best on Sunday for the South East League Match.  After Dorset’s successes at the SW Championships hopes were high of continuing the momentum. As it turned out, the morning foursomes proved to be the pivotal stage of the game. A number of the Dorset players got off to slow starts against some great golf from the Kent men. One win came from the Walker/Cook partnership which gave us some hope going into the afternoon singles.

The first South East league match took place at Parkstone GC on Sunday and with high hopes and glourious weather the team set out.  Dorset gave young Corey Coshan his first team debut.  The result went against the Dorset side as Hampshire played the better golf overall on the day.

All the individual results and Captains report 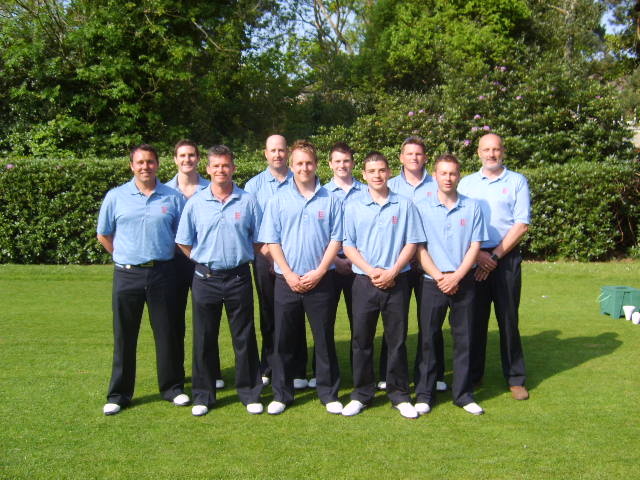 Match report:  Our thanks must first of all go to the Ashley Wood Golf Club whose membership made both teams very welcome, their course had been well prepared and offered a good test of golf.

This was a friendly match and the Captains arranged the teams to give each player a good test of golf.

Match report:This is the first of two friendly matches before the County Championships and enables the Captain to look at players established and on the fringes of county selction who have undertaken the winter training schedules. The Army game is always looked forward to by the County as their team is friendly with some very able golfers who always play competitively.