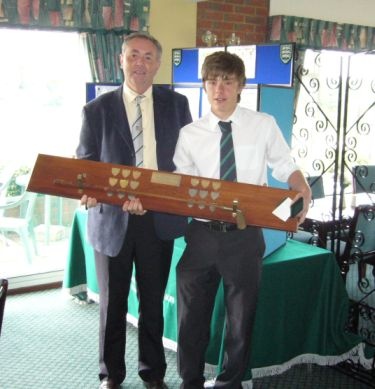 On a dry sunny but blustery day the Inter-club Cyril Nash Memorial Trophy competition got under way.  Sixteen club teams from within the County entered (lets hope we continue to see entries grow) a total of 64 boys took part in the inter-club stableford competition.  There was some excellent play on a very well presented course. James Chapman  Jake Broughton from Ferndown was the early club house leader with a fine 39 points of a handicap of 6.  Broadstone ‘A’ were the early club house Team leaders with a very creditable 98 points and could have been winners if only James Chapman our Individual Winner had been a member he amassed a fantastic 43 points off a 12 handicap not for much longer!!!  Dudsbury started to come in towards the end and the ‘A’ team had 102 points which was then matched by the ‘B’ team who had the better forth score to snatch the trophy on count back and retain it for the second year running.  In third place with a great 100 points were the Parkstone boys.  Well done to all those who took part and let’s hope that we can get some more clubs participating next year. 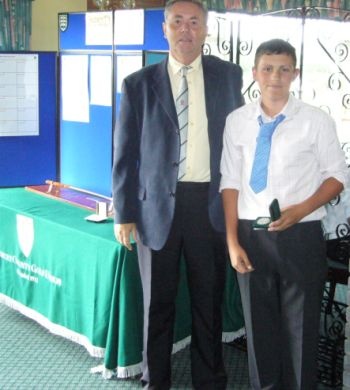 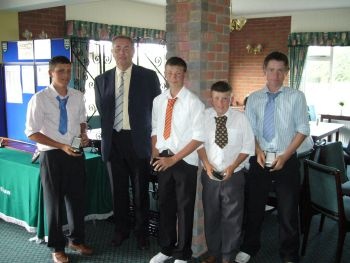