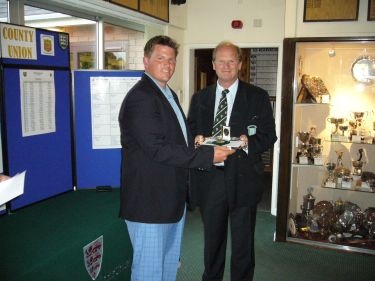 The 36 hole Strokeplay competition got under way promptly on the Friday morning with an excellent field of 60 players on a superbly presented Ashley Wood golf course the forecasted rain did not materialise and with a slight breeze and partially sunny day the players got to work.  Early starter Ben Churchill Dudsbury took full advantage of the course and it’s condition to record an excellent score of 66 to equal the course record after missing a 3 footer on the last for birdie. (Still to be ratified by the club as to if it is a new course record given the changes over the past year.)  Ben was followed in by Giles Legg with a 67 and three 69’s from home player Steve Sanger, Ferndown’s Andrew Windsor and Daniel Hannaford.   The second round saw some more fine scoring with James Wythe and Kevin Garwood both recording 67.  Ben Churchill There followed several under par scores and it could not be tighter so even with an additional 5 shots in his afternoon round of 71 Ben Churchill kept his lead by one on 137 taking the Garrett Salver for the first time.  As for the matchplay draw it went right to the end keeping every one glued to the score board eventually at 144 we had seventeen players and therefore on count back it meant young John Welch (Weymouth) missed out on the matchplay phase. 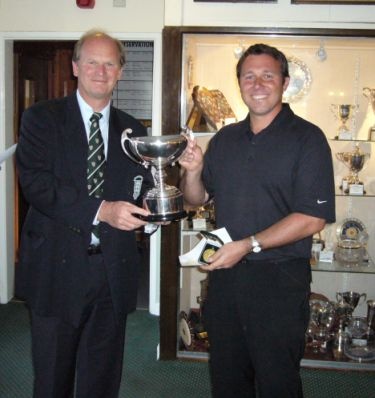 Giles could  not maintain his form from the morning round and shot 73 to give him a 140 total which did secure him the Mid Amateur Championship and the the Sika Trophy.

James Wythe came home with 67 to secure second place iJames Wythen the 36 hole medal on 138 beating Andrew Windsor on count back, it also secured him the Luffman Cup (Colts Championship). 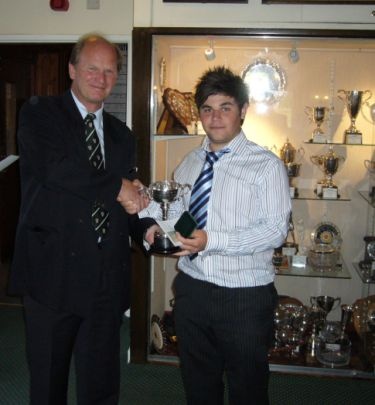 The Team trophy went to Ferndown ‘B’ consisting of Giles Legg James Wythe and Corey Coshan (not pictured as he left early) they now go forward to the English Finals at the Wiltshire on the 29 – 30 Aug 08, we wish them every success. 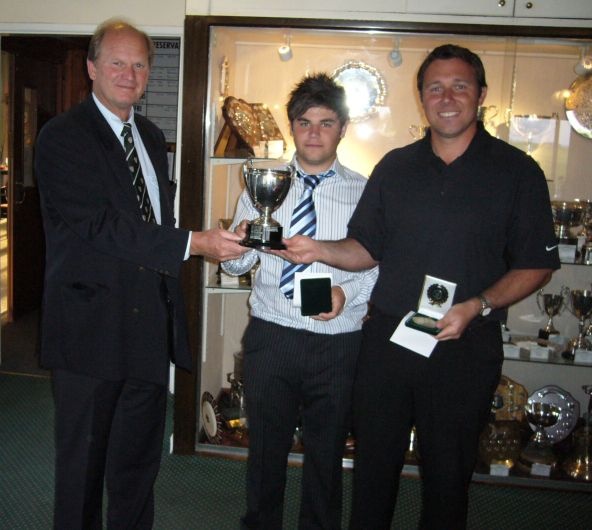 Saturday saw the 16 Qualifiers get the matchplay phase under way to find the 2008 County Champion with the weather fine but the wind very strong the players found the course completely different from the day before, Ben Churchill got under way against Dave Talbot winning 4/3, Giles came up against club team mate Dan Hannaford who in the later half of the game was to hot with the putter winning 3/2.  The ever present David Cook disposed of young Mike Evans comfortably 5/3 so did Kevin Garwood against Dan Smith 4/2.  Andrew Windsor put out last years young prospect Corey Coshan 5/4 who seemed to be at odds with his swing. The tie of the round saw Matt Walker taking on last years champion Luke Joy this was a very tight match and Matt stood on the last 1 up and promptly put his tee shot out of bounds, it looked like extra holes beckoned until Luke followed him so both were again playing from the tee, this time they found the green with Matt putting first and making par Luke had a 3 footer to win the hole, he pushed the putt leaving Matt the victor in a very tight game and last years Champion was on his way home.  James Wythe beat Matt Hector and the final match saw home player Steve Sanger take on young Tim Adams from Parkstone, sadly for the home fans Steve got of to a bad start and Tim never let him back winning 2/1. 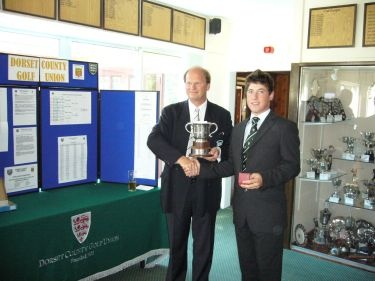 In the after noon Ben Churchill met Dan Hannaford whose putting streak from the morning failed to show in the afternoon and Ben won 3/2.  David Cook met an impressive Kevin Garwood and this game went all the way, with David being slightly unlucky to be under the honeysuckle on the eighteenth and could only manage a bogey thus allowing Kevin to take him down the nineteenth where he produced a good birdie to win the match.  The two young guns shot it out at the end Tim kept James at arms length to come out on top 2/1.  Sunday morning saw a damp start to the semi finals but some sparkling golf was produced, Ben played Kevin and it was nip and tuck early on Ben went two up on the sixth there followed a stream of halves until Kevin put one in the woods at 14 before losing his ball on the sixteenth and thus the match 4/2.  The second semi between Tim Adams and Andrew Windsor saw some fine golf with Tim reaching the turn 2 up Andrew won the tenth to close the gap before losing the thirteenth to a fine birdie by Tim.  Andrew then birdied the fifteenth and with Tim bogeying the last we were down the nineteenth and sudden death.  Tim made amends for the previous bogey with a birdie and the match.  The final between Ben and Tim got under way in the afternoon with the sun shining brightly.  Tim got off to a quick start and was three up after three with some stunning play.  Ben managed to steady the ship at the forth securing a halve.Tim Adams  Tim reached the turn 4 up and promptly went on to win the tenth and with another great birdie at the eleventh making it 6 up.  The fight seemed to have gone from Ben and a par at the twelfth was good enough to win both the hole and match for Tim Adams crowning him the 2008 County Champion a fitting end to a great weekend’s competition.

Lastly on behalf of the Dorset Golf Union we would like to express our sincere thanks to the Club Committee, Members and staff of The Ashley Wood GC for allowing us the use the course for the 2008 Amateur Championship.  The course was presented by the staff in excellent condition and proved a good test of golf for all players concerned, the committee, club members and staff have been a delight and have made both the players and officials very welcome. Thank you. 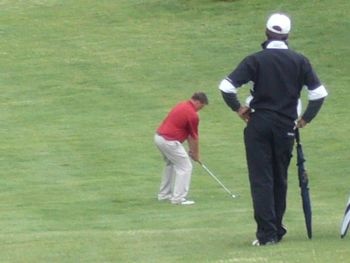 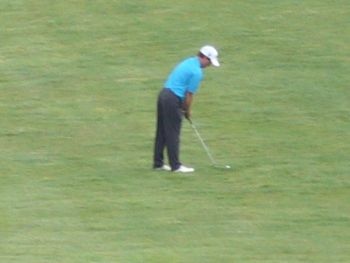 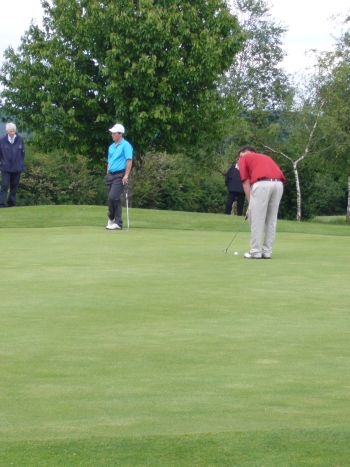