Dorset Seniors come out on top versus Hampshire
Read More... 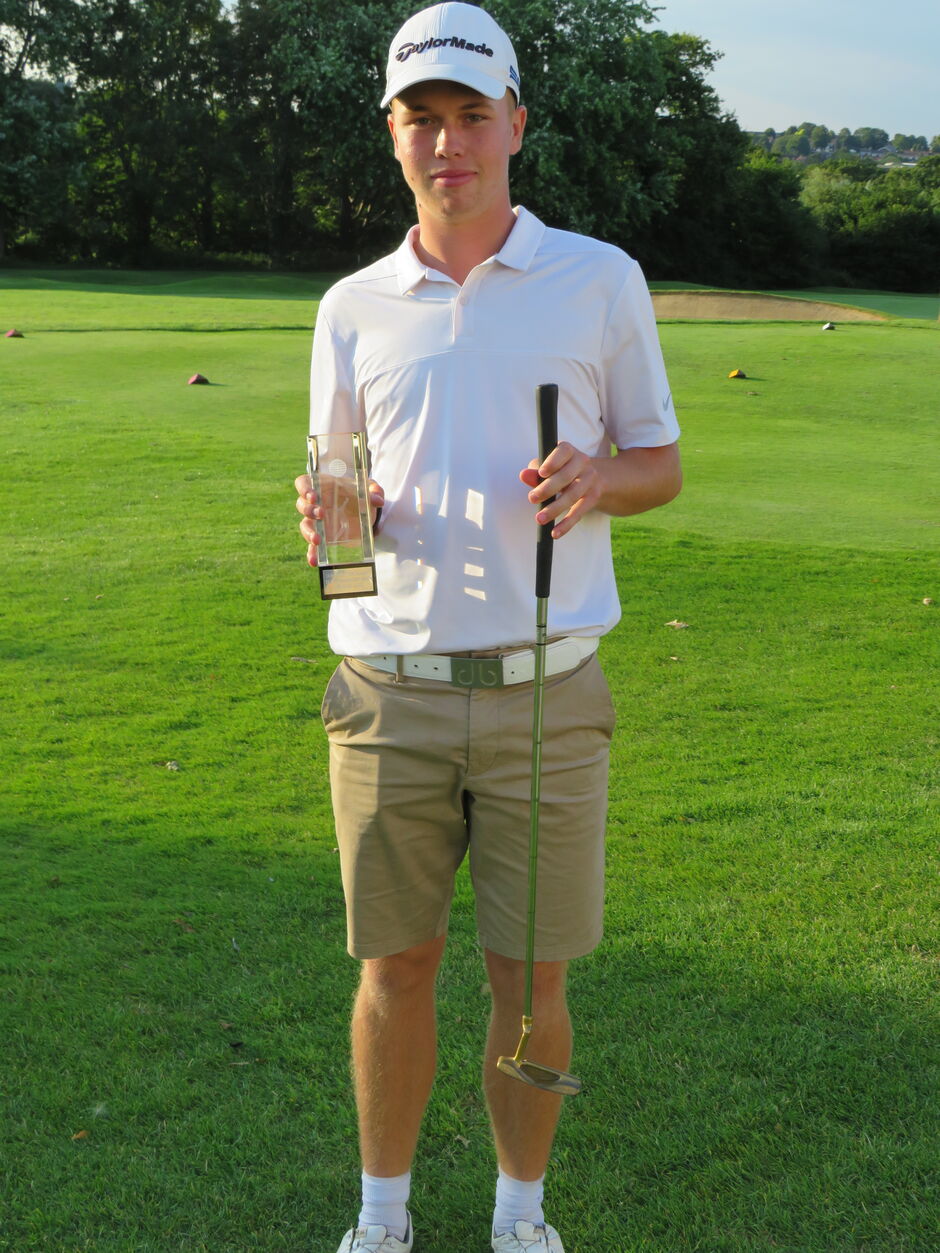 We got the 2021 competition under way at Sherborne after a 2 hour fog delay certainly my fiorst for this event and thanks to Sherborne we used a two tee start to ensure the 36 holes were completed in time.  After the fog had cleared it proved to be ideal conditions for gold and good scoring. So the field of 63 players got under way all hoping by tomorrow evening to be crowned the South England Boys Champion.

Scoring proved good with some 12 players all going under par in the morning round but the round of the morning belonged to Charlie Forster North Hants with a fine six under 66 two clear of Thomas Stephens from Trevose.

Scoring proved just as good in the afternoon with our own Thomas Cartwright-Terry pushing himself up on the leaderboard with another stunning 6 under 66 one better than Alfie Robinson who had a fine 67.  First round leader Charlie maintained his lead with a 2 under 70.

So with the start sheet flipped so the better scores go out last in the  next two rounds with moved over to Yeovil.  With the sunshining and for once in a long while I was at Yeovil when no rain dropped from the skies we had a great 36 holes to look forward to to see who would be crowned this years Champion.  Brother Joe and Drew Sykes had the best of the moring with a par of 69s Luke Jenkins Rochester and Cobham was two under as was Jack Peters, Harley Yates and leader Charlie Forster.

The fourth round saw some fine golf as boys tried to get back with Tom Chalk, Jenson Bull and Thomas Stephens firing home one under, Oliver Drewitt was two under, Harry Flynn one better and then we had Luke Jenkins Harry malin and the Champion Charlie Forster all coming home 4 under par for their last round.  Charlie finished on 13 under some six shots clear of Harry Malin Bognor Regis on 7 under with Luke Jenkins Rochester & Cobham in third place on 5 under.

Thanks to the referees John White, Brian Clarke, Mick Woodham and Alan Newnham for their great efforts in keeping the pace of play going and in ensuring the correct decisions were taken and sorting a swarm of Bees!  Our thanks to starters Lindsay and David Sherborne and John Yeovil for sending them all out on both days with little trouble and also the ball spotters who kept up with the spotting very well.

Our thanks to both Sherborne and Yeovil for allowing the event to take place at their course and to all members and staff for making this year's event such a success.