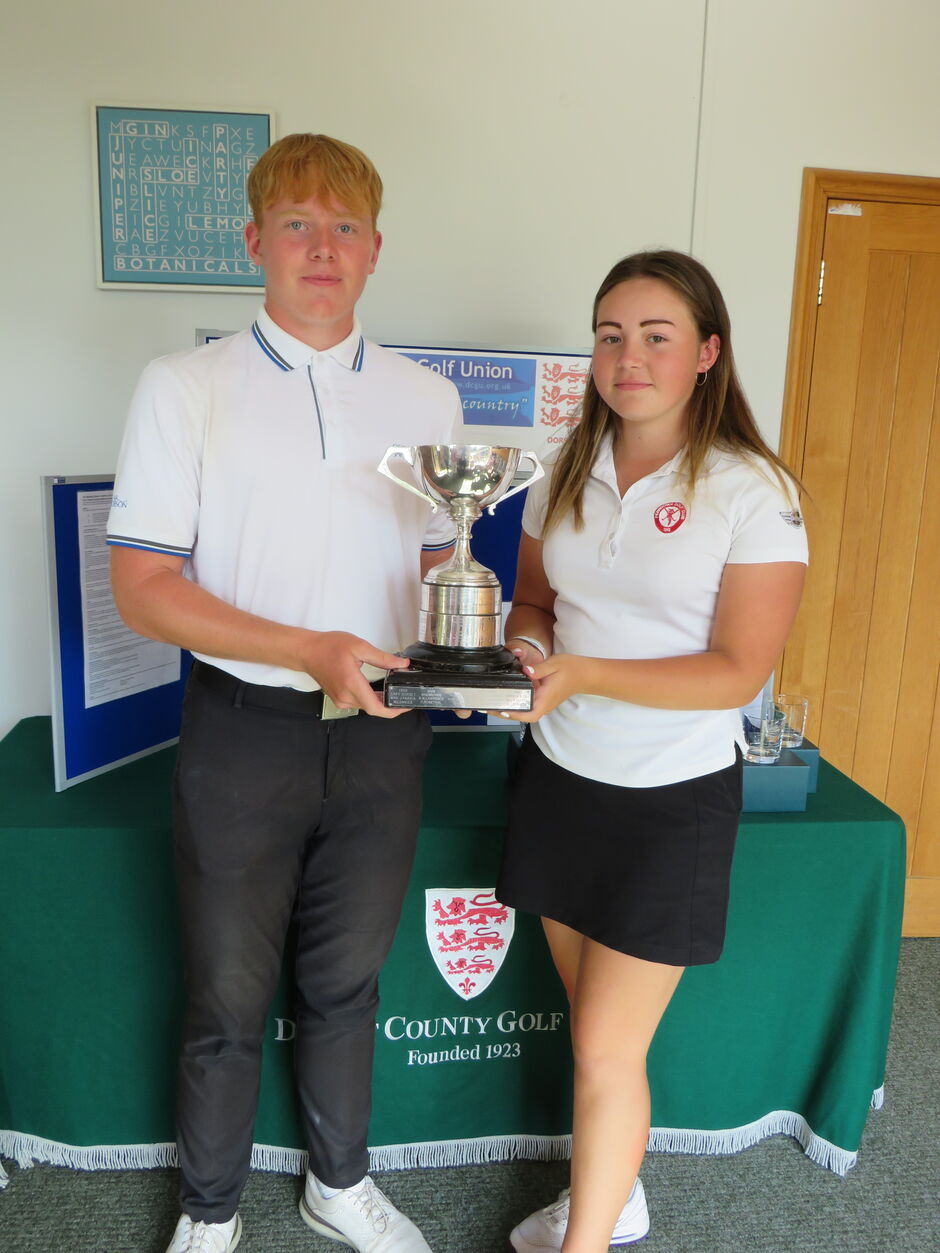 It was a lovely day at Weymouth for this year's Inter Club Mixed Chanpionship. The field was somewhat depleted as clubs yet again fail to provide pairs for this County Competition but for those that did attend an enjoyable day was enjoyed by all.

Last year's Champions Alice Webb & Adan Yates were back to defend their title but they had a bad day at the office so to speak finishing on 78 and third two shots worse than Loretta Christey-Clover & Steve Sanger Ashley Wood who were runners up with 76.  The Scratch title went to the young Guns of Ferndown LilliHorn and Oliver Drewitt who came home in a fine 73 which included a seven at the sixteenth.  Well done to them both.

Congratulations to Lilli and Oliver on becoming the 2021 Inter-Club Mixed Champions.

The Handicap section was well contested and once more scoring  proved difficult with players finding it tough going.  First in were the Parkstone pair and cur 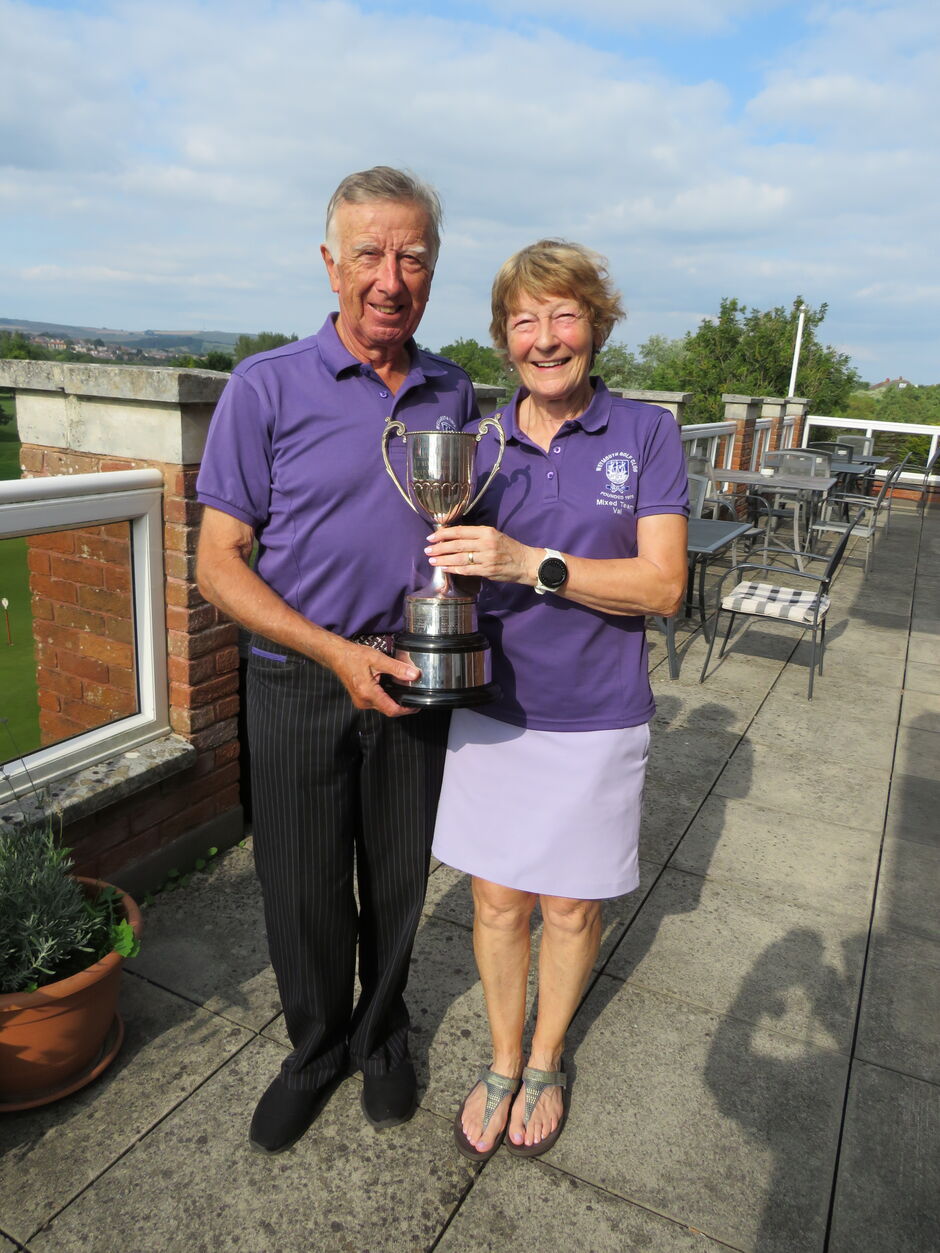 rent holders and County Presidents  Val Ford & John Gordon who had a disppointing score of 25 points. Richard Avery & Pam Cutler with 33 points ended in third place on count back with Dudsburys pair of Graham & Perdita Collins also on 33 taking second place.  Home knowledge is always an advantage and this proved the case for home pair of Rod and Valerie Parsons who romped home with a stunning 36 points 3 clear of their nearest rivals to take the title.

Congratulations to Valerie and Rod on becoming the 2021 Inter-Club Mixed Handicap Champions.

Congratulations to all who took part and we hope you enjoyed your day. We along with the players also thank Weymouth GC and it’s members for allowing us the use of their course for the Championship.