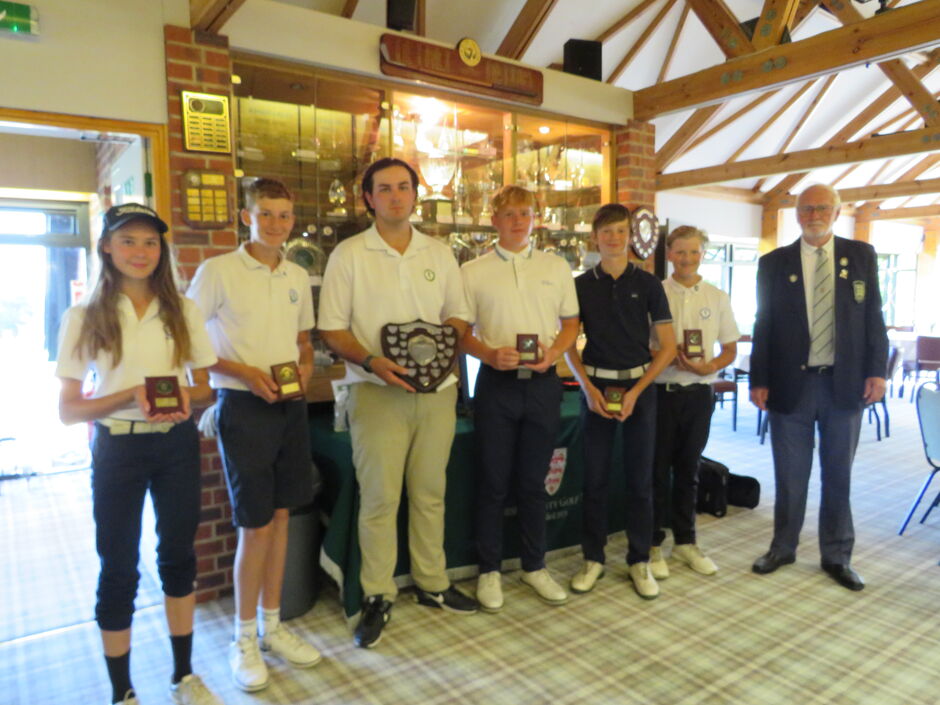 The 2021 Junior League/Knockout competition came to a conclusion on a glourious day at Crane Vally GC on Wednesday 25 August with Ferndown v Parkstone and Sherborne v SturminsterMarshall B.

The first match was always not as tight a match as we thought it may turn out and Ferndown won the encounter 4-2 with some convincing wins from there top order.

The other match saw Sherborne up against the young guns from Sturminster.  The top match saw Ollie Griffiths and Tom Cartwright-Terry two of our top County Juniors out against each other ending in both gaining a halve point for their team.  Sherborne then took the match as the next three games all went their way.  Abi Cartright_Terry got a point for the Sturminster team and the last game was halved.

So this years final saw Ferndown playing last years runners up Sherborne, could they go one better this year?  They were certainly up for it and out watching they appeared to be up in the majority of games during the early holes of the match.  Ferndown seemed  to move up a gear and the tide changed as they clawed there way back.  Sherbornes Ollie Griffiths put the first point on the board beating County Team mate Oliver Drewitt 5&4 which was followed by another point from Matt Drayton beating Sam Pepler by 2 holes, but that was it for Sherborne as Ferndown took control of the remaining four games to run out winners 4-2

Our Congratulations to Ferndown on winning the Bill Kennedy League/Knockout Shield. 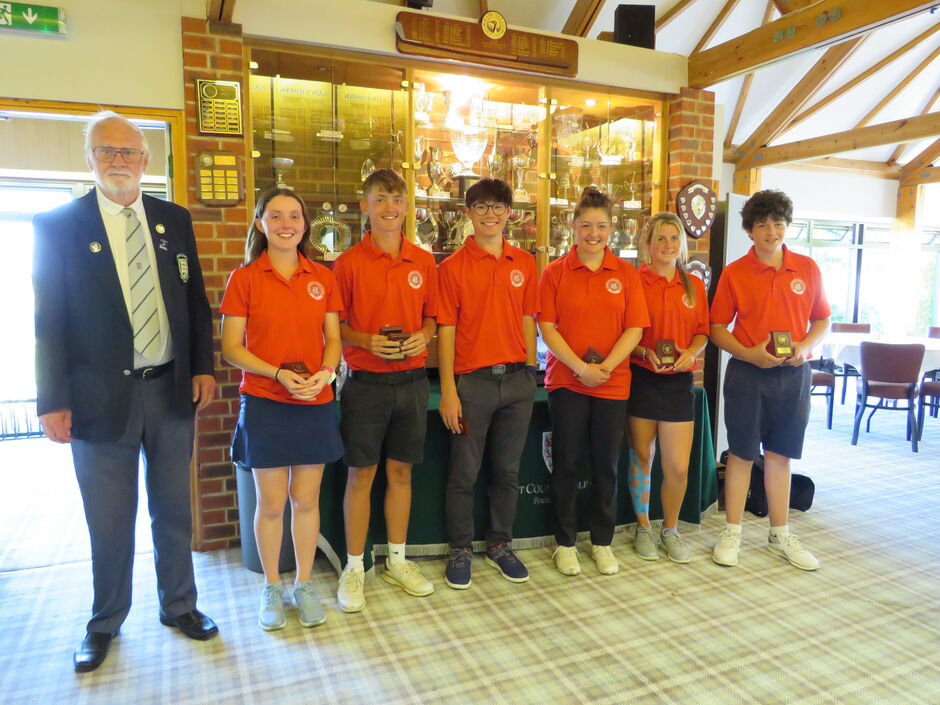