The 2021 County Seniors Championship got under way at a bright and sunny Yeovil with the golf course looking stunning.  With a good field we were in for two fine days of golf.

The first day saw some fine golf as they jostled to ensure they were still in contention on the final day. Past Champions Tony Cole had 76 one more than last year’s Champion Phil Bill who had a 75. Derek Habens DG&CC came home in 77.  Came Downs Mike Spearing then took over the top of the leader board with a fine 74 until Broadstones Chris Holmes with 73 and Dave Barton Moors Valley took over with the best of the day 72.  For the Handicap Championship Chris Holmes stormed past Knighton Heaths Mike Welch 69 and local Gary Roberts 67 Chris off nine came home with a net 64.

So with the start sheet flipped we looked forward to see the tussle unfold between the final several groups battling out for the Championship.

You had to feel for Gary Roberts who after 11 was only one over, then on the 12th green realised he had played a wrong ball on the last and had failed to correct prior to teeing off he was totally guttered when going so well.  Scoring appeared to be just as difficult as the first day.  Tony Coles had a fine 74 taking him to the top of the leader board he would eventually finish fourth one ahead of Phil Bill who shot 76.  It was a great tussle in the last group and great credit to all who battled hard to take the title with Dave Barton eventually coming out on top with a 75 for a 147 total two ahead of Mike Spearing who also finished with a 75 and   Chris Holmes 76 for a 149 total.  The Consolation for Chris was the Handicap Championship which he won with a stunning eleven under par total of 131 some 10 shots clear of Mike Welch on 141 and third place went to Kevin Redman on 143.

Congratulations to Dave Barton on being crowned the 2021 County Seniors Champion.

Congratulations to Chris Holmes on becoming the 2021 Handicap Champion. 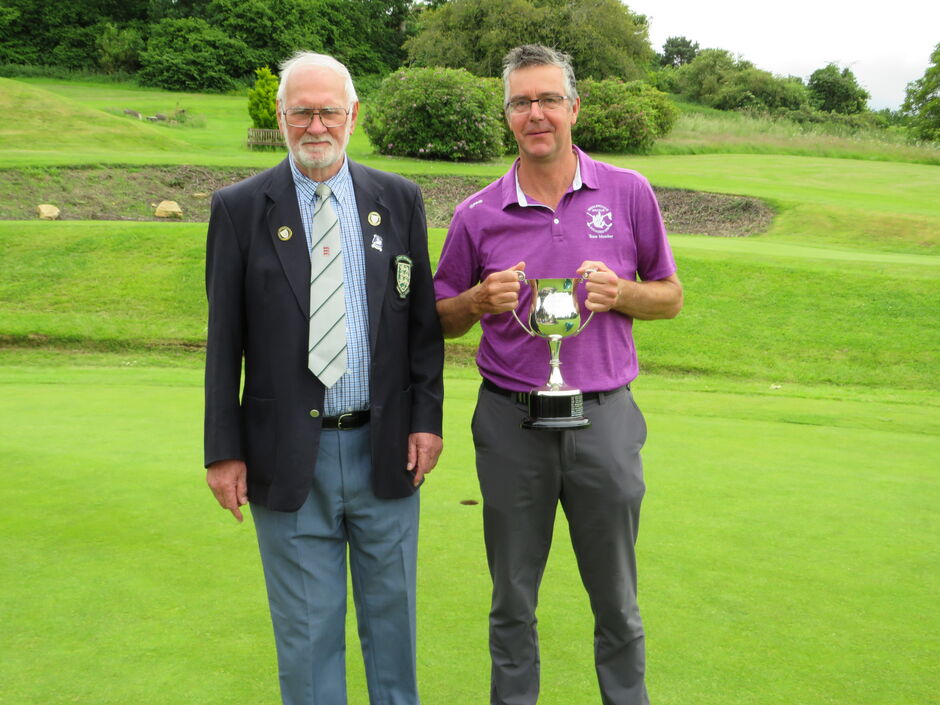 Age Groups Results:  (None of the main Prize winners can win a Subsidery prize)

We thank YeovilGolf Club  members for making us so welcome, also  our Sponsor Ringwood Brewery who kindly gave the club some of their finest ale for hosting the Championship.